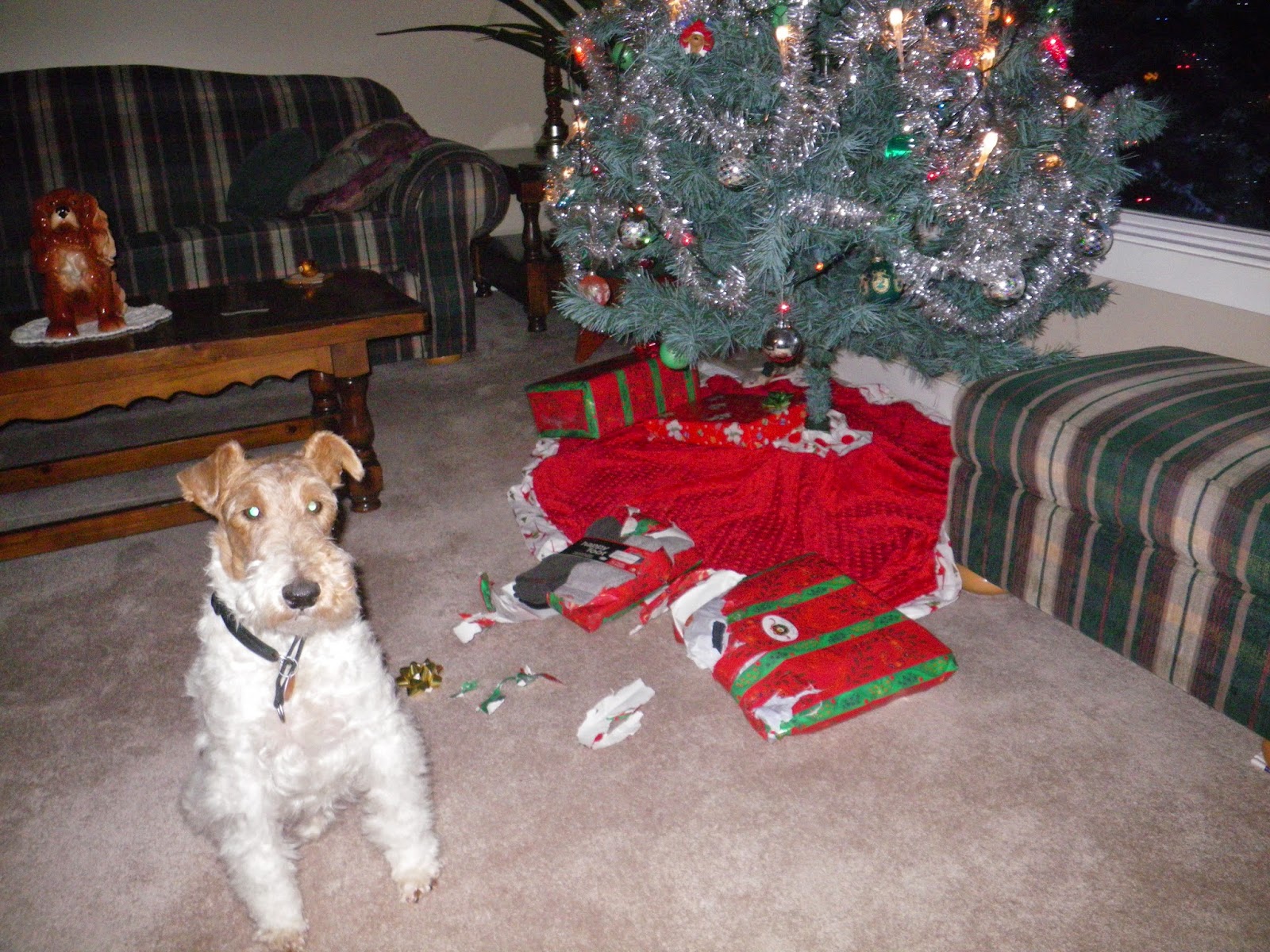 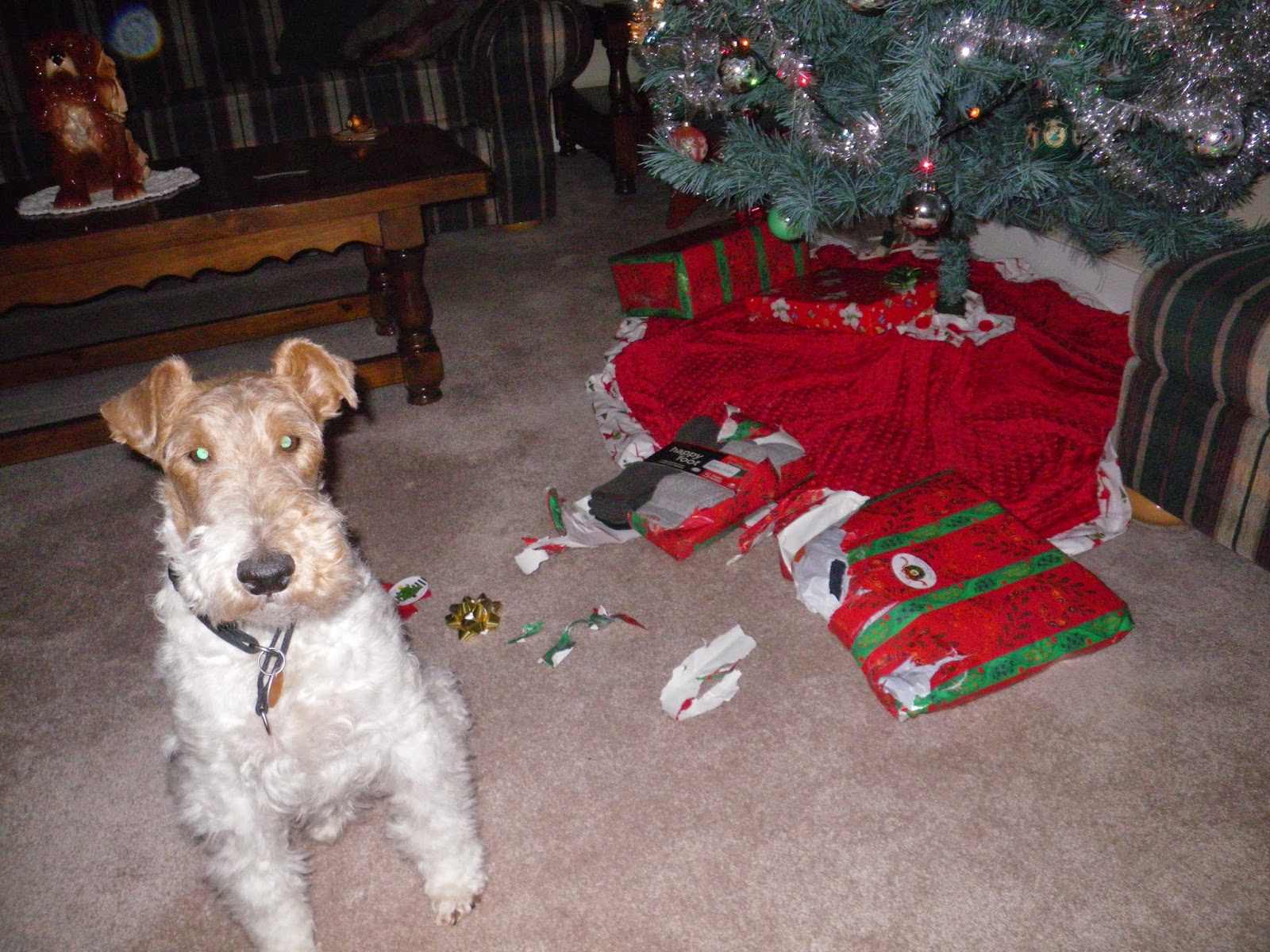 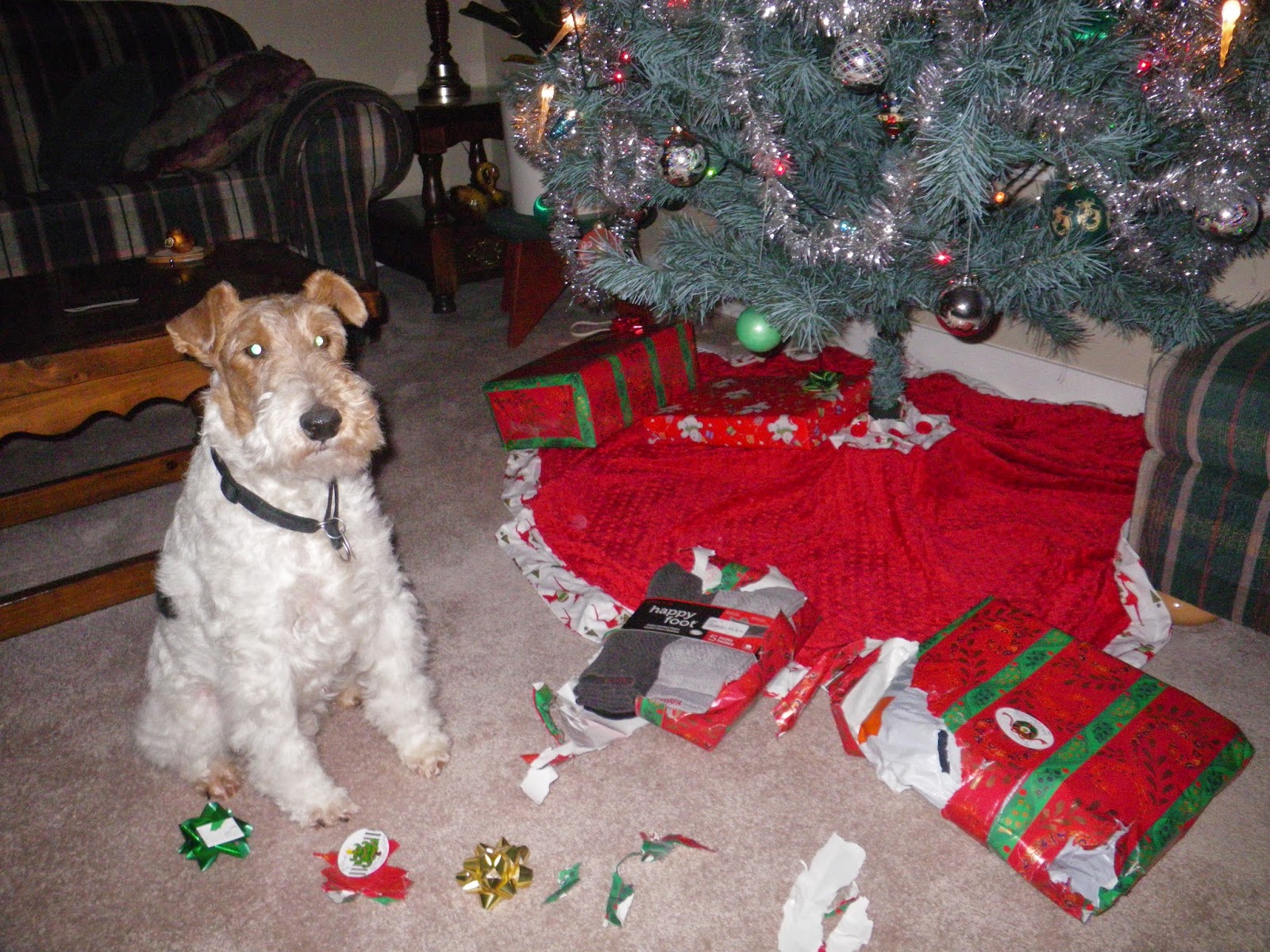 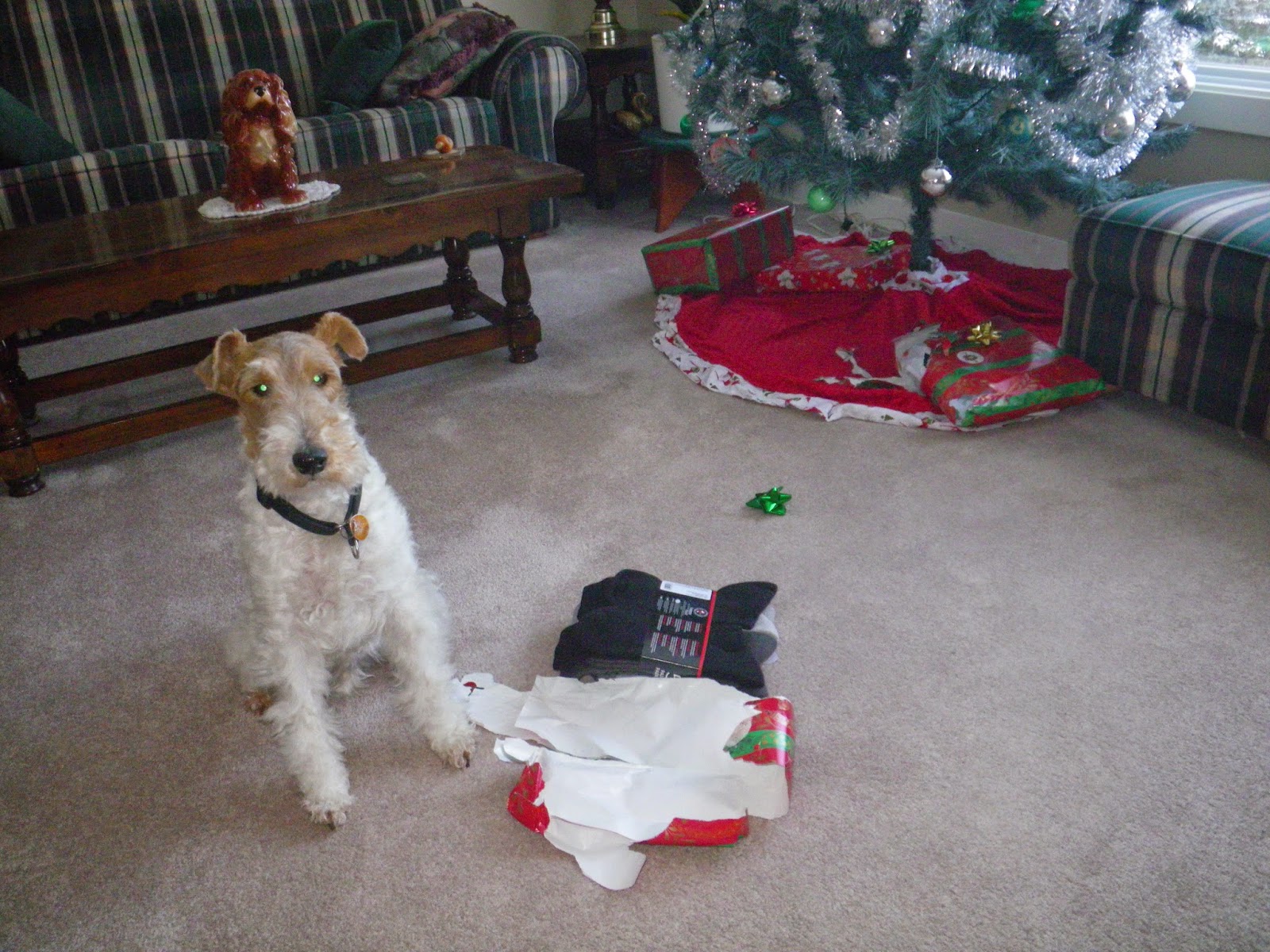 Redbush hasn't been blogging for quite some time, but, thought she should share her early Christmas with you.  Her fox terrier has decided that any packages under the tree are fair game whether they are his or not.  Perhaps it could be that Redbush and Mr. Redbush haven't had as much time for him lately. It also could just be that he didn't detect any packages for him or his german shepherd brother.  But, then, maybe it could just be that Redbush let him open his packages last year, and he thought that it was  about time that he got a new present seeing as he didn't get one since last year.  Redbush has learned that she now cannot put any new packages for Beatle under the tree until she is ready for him to open it.    Packaging just does not mask the smells of any new toys.  Redbush and Mr. Redbush hope you all have a Merry Christmas and a Happy New Year!
Posted by Redbush at 2:26 PM

Beatle is certainly having a good time. Good to hear from you.
Merry Christmas, hoping you have some packages left for it.

Thanks Mary Anne. He is always a going concern, but, you know that mind is working overtime. Merry Christmas to you as well.

Redbush
I live on an acreage with my husband, and two dogs, a shepherd, and a wire-haired fox terrier. My shepherd has been a show dog, and I enjoy taking him to various obedience competitions. I have always enjoyed the wilderness, so, I am constantly taking photos to be used as references for mostly landscape artworks done in oils, acrylics, and watercolours. Usually my artworks are displayed and entered for sale in a couple of different shows a year, and I have done commissions for customers. I have always had a love for animals, especially dogs, and horses.